Posted on November 26, 2019 Posted By: Timothy Mulranen Categories: Our Journeys Of Faith 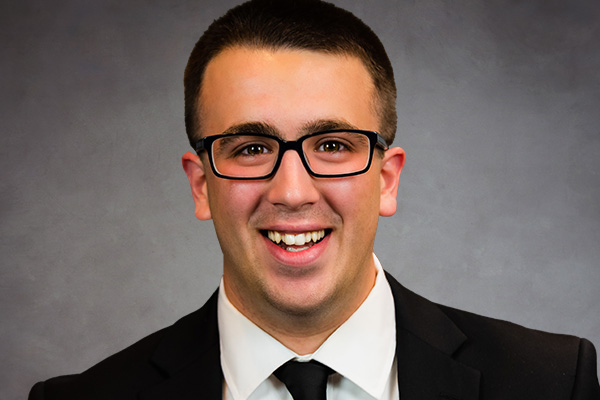 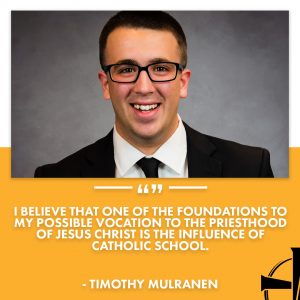 Throughout this past semester, I have had the privilege to be assigned to the Villa Walsh in Morristown, NJ, for my apostolic assignment. The Villa Walsh is the mother house for the Religious Teachers Filippini (MPF) and also serves as the grounds for Villa Walsh Academy, which is an all-girls high school serving grades 9th-12th. In fact, the MPF serves many institutes in our diocese such as St. Peter in Merchantville, St Joseph in Hammonton, and even my Alma Mater, Paul VI in Haddonfield. My job at the Villa Walsh is to pray and convene with the sisters, both in the infirmary and those who administer to the grounds. I even got the chance to meet sisters who taught at Paul VI many years ago. The experience of getting to know these sisters gave me a sense of how important Catholic education is for Catholics around the world, especially here in the United States.

The primary mission of St. Lucy Filipini, who is the founder of the MPF, was to teach young girls the faith. She was given this great charism by the Holy Spirit to express the charity of Christ by seeking to rid the world of moral sin and corruption by taking on the ministry of Christ as the teacher. She wanted to protect young girls from the sins of the flesh, which was prominent during the beginning of the 20th century, by teaching them morality. That is essentially the purpose of the Religious Teachers, who are referred to as the “daughters” of St. Lucy Filipini. I was so fortunate to be guided by one of these daughters during my high school career,that is Sr. Marianne McCann, the principal of Paul VI High School.

By hearing many stories the sisters have told me, it gave me a sense of how grateful I am to have been educated in Catholic schools all my life. I believe that one of the foundations to my possible vocation to the priesthood of Jesus Christ is the influence of Catholic school. I spent a wonderful eleven years at St. Margaret Regional School in Woodbury Heights, which is served by the Franciscan Missionary Sisters of the Infant Jesus (FMIJ). As mentioned before, I spent the next four years at Paul VI, and then I spent two semesters at Neumann University in Aston PA, before coming to Seton Hall for my seminary studies.

The stories of these sisters, especially those who are in the infirmary (most who are above the age of 90!), reminded me of the importance of Catholic schools. Catholic schools are the foundation to building up young people to become soldiers of Christ, which is conferred on the day of their Confirmation. As the stats show us in recent years, there is a rapid decline in Catholic schools. I believe that this decline isn’t a result of the financial situations; it is the lack of vocations to the religious life, which is also declining significantly. As religious life declines, Catholic schools decline! Working at the Villa Walsh also urges me to pray for vocations, not only to the priesthood but to the religious life. We need sisters! The sisters I eat and pray with are dedicated to their life of service. One sister is almost 99 and she is still the Director of Liturgy! That is what keeps the faith alive! I urge you to pray for vocations to the religious life, for Catholics schools, for those who work in it, and for those who govern it so that Christ may continue to manifest his presence in each of the lives of His children who attend the Catholic schools in our diocese.