Posted on November 5, 2019 Posted By: temp_john Categories: Our Journeys Of Faith 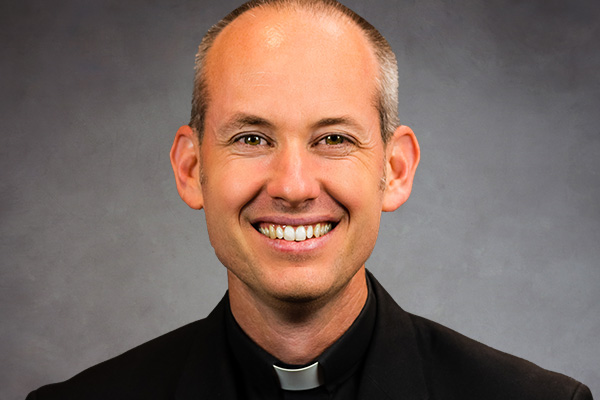 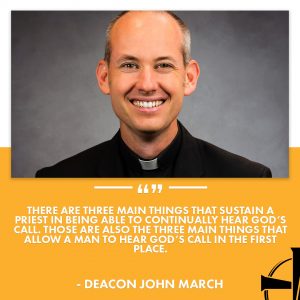 I began wonder if that had been true in my case. All three had been a part of my life during most of the 7 or so years I was thinking more about my vocation. I will just share one example regarding each that was helpful to my discernment, even if in unanticipated ways.

Spiritual direction: For five years, I lived in a community of Christian military officers. There was an older missionary who was like a spiritual father to our house. He was good at making time for us in our busy schedules, whether hitting golf balls during our lunch break or kayaking on a Saturday afternoon or any other excuse to spend time together while spiritually encouraging us. One thing he always did was make himself available on Tuesdays at lunchtime for Bible study. One day I was the only person there. He asked me a question I had not considered much – what my plans were when I got out of the military. After hearing that I was interested in ministry, he suggested that with my respect for various forms of Christianity, it might be good for me to take time to figure out what I believe before entering ministry. I listened to him and two years later, I returned to full communion with the Catholic Church. He and my other Christian friends were very supportive and would even sometimes call me “Father.” Their direction and brotherhood have encouraged me on my paths to God and my vocation.

Confession: It was about seven and a half years after that discussion that there came a day when I knew I needed to make a decision about my vocation. I knew I needed to decide between pursuing the path to the priesthood or being open to other possibilities like dating and marriage. I could not decide, so I decided I would go discuss it with a priest friend. I walked to the back of the chapel where he usually prayed and made himself available. He was hearing someone’s confession, so I waited. When I walked in, he was quietly sitting with his back turned to me and wearing his stole like he was waiting to hear another confession. I felt like it might be appropriate for me to go to confession before asking him my question. Fr heard my confession, which had nothing to do with my situation. But when he was counseling me, he said out of the blue, “One thing that makes me uncomfortable is when people are over-dependent upon me.” Then he gave me absolution and apologized that he needed to go right then and did not have time to talk like usual. Having received his helpful counsel, I went back into the chapel, made a decision for myself, and felt at peace. I soon made contact with the diocese.

Prayer: The other time I made what felt like a big decision came about four and a half years prior to that. I was just finishing my first year of graduate school at a Catholic institution. They had a program there for men who were thinking about the priesthood where they lived and prayed together. The leaders of the program would invite me to their events and encouraged me to apply. Eventually, I did. But one day when I went there to discuss something related to my application, they told me that I was not accepted. They did not think the program was a good fit for me and they encouraged me to apply to seminary sooner than later. After a brief discussion about my options, I walked outside and felt like the rug had pulled out from me. Feeling a little bewildered and not knowing what to do, I decided to go do something I would occasionally do – pray the Stations of the Cross. While praying the Stations, I experienced an openness to making a sacrifice, if that was what God was calling me to do. I left there open and at peace. I looked into the possibility of seminary and was given some wise input to wait and spend some time being a young Catholic adult (I had returned to full communion with the Church less than a year prior) before considering the priesthood.

I and the other seminarians are praying for you – that you will hear God’s calling in your life. Good habits of spiritual direction, confession, and prayer are a great help (along with supportive community), even if we do not know exactly how God will use them.

Latest posts by temp_john (see all)