Posted on March 12, 2019 Posted By: Ryan Meehan Categories: Our Journeys Of Faith 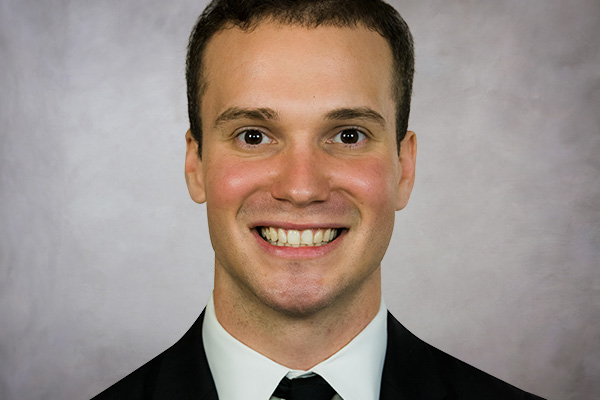 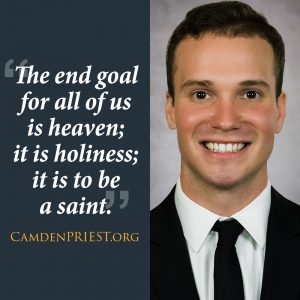 Back in the day—Yeah, I said it, “back in the day,” (I guess I am getting old after all!)—Anyway, there was once a time where I lived to play ice hockey. I ate, slept, and breathed ice hockey. I played 365 days a year, and when I was not on the ice, all I thought about was, yea I’m sure you guessed it, hockey.

But let me talk to you about hockey. I started off playing the sport at a young age. At first, I was not so good. In fact, I could barely stand up straight on my skates. But after a short time of practice I was able to not only stand up straight, but I was even able to skate, and also to skate backward for that matter! Now I could play hockey, right? Wrong. I then had to learn the rules of the game – of what I could do and what I could not do – and I also had to learn the end goal of the sport. At first, it was just to win the game at hand. Then, as I got older, the goal was not only to win the game at hand, but it was also to win the national championship at the end of the season. How did I attempt to accomplish this end goal? Well, I tried to become the best player that I could be for the sake of my team. This meant that I had to practice every day, on the ice, for one hour. The skills that I would learn from practice would then be tried in games. Sometimes I would have really great games, and sometimes I would have bad games, or even terrible games. And, when I had those bad games or terrible games, I would learn from my mistakes in the upcoming practices. In this way, I was attempting to become the best player that I could be.

Now, I no longer play ice hockey. I no longer eat, sleep, or breathe hockey. Now, I live for Christ. Now, I practice becoming the best man that I can be for Christ. What is my end goal? My end goal now is Heaven. How does one achieve this goal? Well by practicing and being tested. You see, every day I no longer spend an hour on the ice, but now I spend an hour before Christ, trying to grow in my relationship with God, learning how to become a better man for Christ. And as I am doing this, sometimes I enter into spiritual battles. Sometimes I do well, and then there are other times where I fall to temptation. Sometimes I even have to go to confession. But, yet, even in my sinfulness, I learn from my mistakes. I take those mistakes and I work on them in practice. I bring my failures to the Lord, my coach, and He helps me to become a better disciple, through my practicing of the Christian life. It’s not that He just gives me advice, but He also shows me the way to follow Him more closely so that I do not fall into temptation.

I write this to provide another perspective on the spiritual life. The end goal for all of us is heaven; it is holiness; it is to be a saint. The best way to achieve this is to practice the Christian Virtues. Sometimes we will win great victories over sin, but sometimes we will also lose. Do not lose hope though! For Jesus is there showing us our mistakes and shortcomings so that we can improve in the life of Christian Virtues. And so, we can become a better disciple in the fight against sin and death. So that one day we can win our crown, that is, our salvation.

“Do you not know that the runners in the stadium all run in the race, but only one wins the prize? Run so as to win. Every athlete exercises discipline in every way. They do it to win a perishable crown, but we an imperishable one.” (1 Corinthians 9: 24-25)